Kosmos is a thief who works miracles. He arrives in thistimeless border town from the wilds weeping, as though a fugitive. No sooner is he there than he rescues a small boy from drowning in the river, and is recognized as a man who works miracles.

Kosmos, is a rather uncommon person. He never appears to eat nor sleep. His single form of nourishment is the granulated or lump sugar he consumes by the fistful. One of his more striking skills is the ability to scale the tallest trees with uncommon agility. He is also frank in declaring his wish that startles the townspeople: He is looking for love. Soon Kosmos and Neptun, the teenager sister of the rescued boy, grow closer in the most bizarre of ways: imitating the screech of birds in trees and on rooftops. 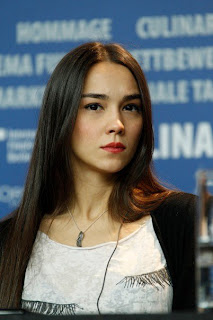 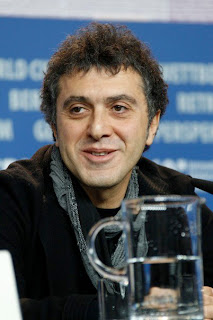 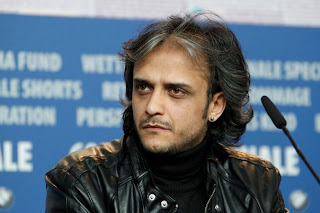 Previous Film by Reha Erdem - My Only Sunshine


ABOUT ISTANBULFILMS
Want to watch the best movies of all time? Istanbulfilms organizes the films (3045 Films from 117 countries) that have been strongly recommended by critics and filmmakers to help you find more rewarding films. Many of the films you'll find here have been lost for decades, and aren't listed anywhere else in any useful order.
The films (and also over 100 series) are ranked by using proprietary formulas. Istanbulfilms doesn't believe the exact ranking of films and directors or actors should be taken too seriously. However, approximate rankings are taken very seriously for film researchs.
Each country page provides links for movie articles, some free video links. Enjoy!
What can I do with IstanbulFilms?
You can quickly find films you haven't seen yet, that have been recommended for viewing, study, and preservation by critics and filmmakers. This is a massive and unique database that goes well beyond the no-brainers of film study to the more eclectic and forgotten films.
Who is IstanbulFilms designed for?
Istanbulfilms is designed primarily for serious film students, teachers, and film buffs, but anyone can use the site. Keep in mind that the focus here isn't limited to feel-good films.
Why isn't (film title) included on IstanbulFilms or ranked higher?
So far, none of IstanbulFilms' sources have rated it high enough. That doesn't mean it's not a good movie. Everyone has favorite movies that, for now, have been overlooked or under-appreciated by critics. Enjoy your personal relationship with movies. That's what it's all about.
How can I support IstanbulFilms?
You can help in a number of ways:
First, Send Comments on Country Pages.
Spread the word to film enthusiasts through whatever means you like - word of mouth, email, texting, blog, website link, etc.
Thanks to all those who use and support IstanbulFilms.
Suggest improvements to IstanbulFilms
CORRECTIONS, SUGGESTIONS and PROPOSALS
M. S. Alhan - IstanbulFilms Editor (selalhan@hotmail.com)
Older Posts Home
Subscribe to: Posts (Atom)